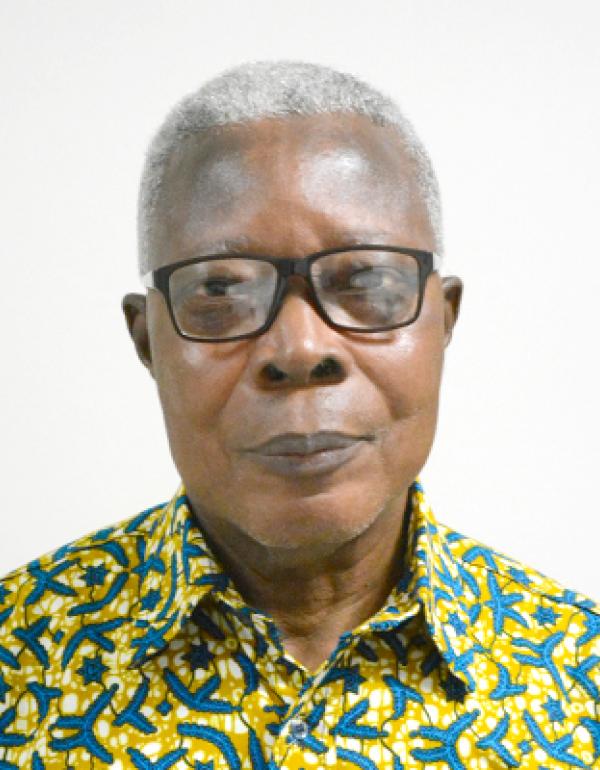 Prof. Yankson obtained his BSc. (Ed), BSc. (Hons.) and MSc. degrees in Zoology from University of Cape Coast in 1973, 1974 and 1977 respectively; and a PhD in Zoology from University of Wales, Swansea, UK in 1983.  He is currently a retired Professor from University of Cape Coast and is the Editor-in-chief of the Journal of Fisheries and Coastal Management.  Prof. Yankson is a Fellow of Institute of Biology, Ghana, Member of African Academy of Sciences and past President of West African Science Association and Ghana Science Association. He is also a past Dean, Faculty of Science, Pro Vice-Chancellor and Director of Academic Planning and Quality Assurance of University of Cape Coast.  Prof. Yankson was awarded Commonwealth Academic Staff Fellowship, 1988; cited in “Who is Who in Science and Technology Education in Africa”, 1997; Selected “Man of the Year”1998 by the American Biographical Institute; awarded Darwin Initiative Fellowship, UK, 1999, Association of Commonwealth Universities Fellowship, 2000, Fulbright Scholar, 2006 and listed among the Leading Scientists of the World 2008 by the International Biographical Centre, Cambridge, UK.  Prof. Yankson’s research focuses on the biology and culture of bivalve molluscs, and brackish water ecology.  He developed a laboratory conditioning system for out-of-season reproduction of the European cockle, Cerastoderma glaucum, enabling gametes to be obtained throughout the year from a species which breeds naturally for only 3 months in a year.  He subsequently applied the system successfully to the Japanese oyster, Crassostrea gigas.  Prof. Yankson was the first to describe the anatomy and function of the byssus systems of the cockles, C. glaucum and C. edule.  He also developed a cryopreservation protocol which was successfully applied to the spermatozoa of 4 species of oysters from 3 geographical areas – Europe, Africa and South-East Asia.  He has pioneered the rearing of “test tube” oysters locally and moved oyster research in Ghana to the verge of pilot oyster farming.  Prof. Yankson has 65 publications (comprising 43 peer-reviewed journal articles, 4 peer-reviewed conference papers, 9 technical reports, 8 popular articles and one book).  He is passionate about quality assurance in higher education institutions and has trained 26 post-graduate students (5 doctoral 21 master’s).