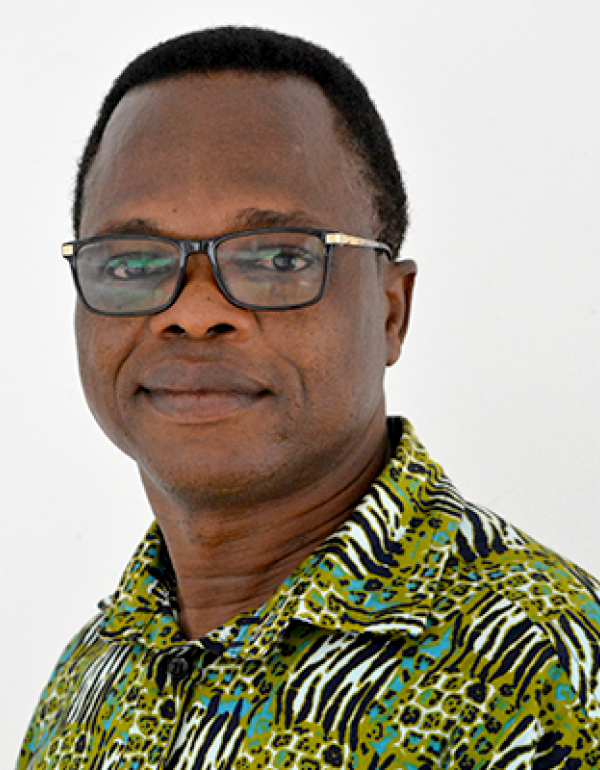 Education
PhD, Geography, University of Calgary
MPil, Population Studies, University of Cape Coast
BSc, Population Studies, University of Cape Coast
Philosophical Basis of Social Research
84%
Social Research Design
86%
Samuel Agblorti holds PhD in geography from the University of Calgary, Canada. He previously graduated with a master’s and bachelor’s degrees in population studies from the University of Cape Coast, Ghana, where he currently holds a faculty position. Samuel’s PhD thesis was on the nexus between refugees’ use of environmental resources, resultant environmental conflicts between refugees and host populations, and the feasibility of local integration of refugees in protracted situations as a durable solution for camp refugees in Ghana. He has been involved in migration research with a concentration on forced migration and the environment in refugee hosting communities for over a decade. Recently, his research interests focus on the analysis of host-refugee environmental conflicts, mainly from the perspective of power and economic considerations and the implications of such conflicts for the local integration of refugees in protracted situations using political ecology as an analytical framework; gender and development within the broader context of development theory and praxis. He has taught a number of courses at both the graduate (Academic Writing for Graduate Students, Population Movement and Qualitative Research Methods) and undergraduate levels (Migration and Development, Gender and Development and Refugee Studies). He has authored a number of publications including one policy paper for the UNHCR titled “Refugee integration in Ghana” in 2011 and recently a paper in Refugee Survey Quarterly titled “Conceptualising obstacles to local integration of refugees in Ghana” in 2019 (with Miriam Grant). He has supervised four master’s thesis to completion and currently supervising three master’s students and four doctoral students.
Directory Profile Link
https://directory.ucc.edu.gh/p/samuel-k-miledzi-agblorti