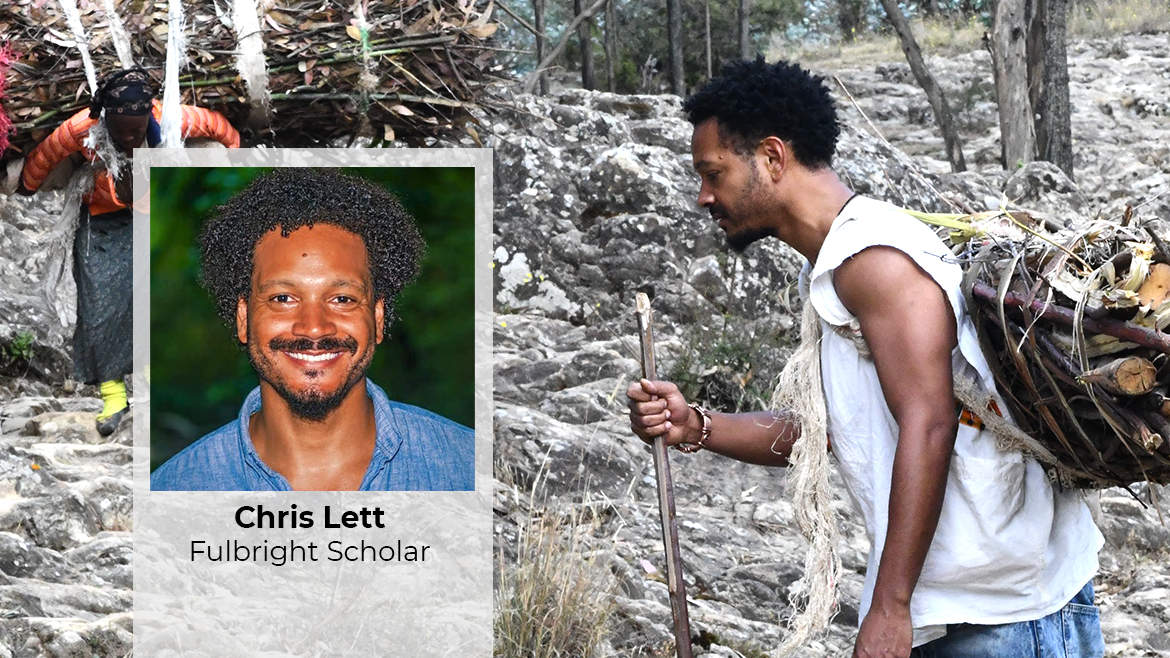 The Centre for Coastal Management (CCM), Africa's Centre of Excellence in Coastal Resilience (ACECoR), has for the first time since its establishment, received a Fulbright Scholar, Chris Lett, who will be hosted at the Centre over the next nine months. The coming of Chris is driven by his urge, as an environmental journalist, to visually document the issues concerning the sustainable fishing livelihoods along the coast of Ghana, and bring them to the attention of policy makers.

Chris Lett is a National Geographic Explorer, filmmaker, and Emmy-nominated journalist. Lett is a multi-platform storyteller who has investigated the impact of policies and practices that endanger the health, sustainability, and resilience of African people globally. His primary research focus is on the causes and effects of depleted fisheries. Originally from Atlanta, Lett worked his way up from CNN tour guide to network field producer. At CNN, he contributed to many award-winning journalism series ranging from politics to national security to environmental justice. After reporting and producing news across the US, he worked as freelance international correspondent researching and investigating human interest environmental features in Ghana and Ethiopia. As a Scripps Fellow in Environmental Journalism at the University of Colorado Boulder, he analyzed the impact of commercial fishing on the Gulf of Guinea (West Africa) and lectured. As a Fulbright grantee, he will travel to the region to produce his latest documentary project--Saviors of Our Seas: Inside Ghana’s fight for sustainable fisheries. Lett also enjoys life as a practicing yogi and instructor (Egyptian Yoga), photographer, and conceptual visual artist.

While in Ghana, Chris will, among others, work around the themes; demand for low-cost seafood, overfishing by subsidized foreign fleets, indigenous knowledge, the livelihoods of local fisherfolk, declining biodiversity and health of fishing stocks. Using his experience as a producer for CNN and as a reporter covering natural resource management in Ethiopia, Chris Lett will travel across Ghana to tell the stories of those who have been victimised by industrial overfishing, and hopes that his film will reach marine policymakers, biologists, and economists, as well as drive the average seafood consumer to care more about how their food is sourced.