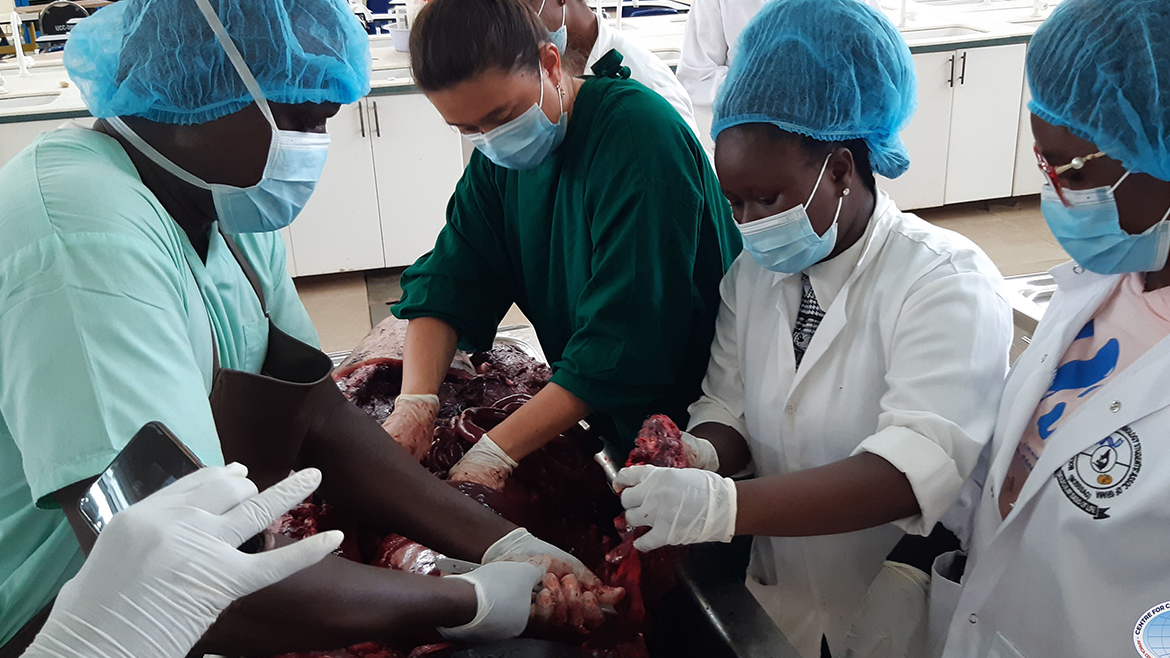 On the occasion of World Oceans Day 2021, the Centre for Coastal Management at the University of Cape Coast is joining many across the globe to demonstrate practical approaches towards safeguarding our oceans for the benefit of all mankind, now and in the future. This story is a record of the chronology of events that unfolded after news of beached marine mammals on the shores of Ghana reached the Centre in the early days of April, 2021. This year's theme for the World Oceans Day is "The Ocean: Life and Livelihoods".

Following a report of mass stranding of some marine mammals identified by experts as the melon-headed whales at Axim in the Western Region of Ghana on the Sunday April 4, 2021, a team made up of members from Department of Fisheries and Aquatic Sciences (DFAS) and Centre of Coastal Management (CCM), University of Cape Coast (who are also members of the Ghana Marine Mammal bycatch and strandings network) as well as staff of Friends of the Nation (FoN- a local NGO) visited the scene to ascertain the situation at first hand and also collect samples for further investigations. The team on arrival at the scene met a number of stakeholders and onlookers who appeared helpless of what was a mass stranding of an estimated hundred plus melon-headed whales.

The incident was described as baffling by the experts at the scene who called for a scientific probe to establish the potential causes of the mass stranding. According to Dr Isaac Okyere, a senior lecturer and research scientist at UCC, the last incident of such mass stranding of melon-headed whales was reported in Cape Verde in 2017. In the Cape Verde stranding event, rescue teams counted 134 dead whales, a number which is about half of the total number of melon-headed whales seen on the shores of Ghana in the recent beaching event, as recounted by witnesses from the Axim community. Although no cause was identified in Cape Verde experience, several reasons could be responsible for such mass strandings. These include navigational error, geographical features, a rapidly falling tide, being chased by a predator, or extreme weather.

Ghana’s case presented a very good opportunity to find answers to the occurrence, thus, with virtual guidance from some International Whaling Commission (IWC) stranding experts who had been mobilized as an emergency response, photographs and some body measurements were taken, and samples of the stranded animals were collected and stored in a cold chain for necropsy. The samples included three complete animals and loose parts such as the head, blubber, muscle and internal organs of two other animals.

A team of researchers from UCC led by Dr. Okyere and representatives of the Social and Scientific Research for Development (SSRD-Global), a private research outfit, followed with a community survey a few days later to gather more information on the numbers beached by engaging eye witnesses from the community who recounted the sequence of events on the day of the incidence. It was revealed that a school (or pod) of conservatively two-hundred and fifty individual melon-headed whales were observed out of which an estimated one-hundred and fifty returned upon sighting danger. According to the eyewitness accounts, community members present at the beach during the incidence pounced on the struggling mammals and captured about one-hundred of them, of which close to sixty were killed. But for the intervention of the Marine Police who managed to refloat close to forty

Engaging with key stakeholders on the stranded marine mammals

After storage of the animals, a virtual stakeholder workshop was organised by the University of Cape Coast (UCC) team on April 20, 2021 to engage stakeholders from the Environmental Protection Agency (EPA), the Fisheries Commission (FC), IWC, FoN, University of Ghana, etc. on discussions covering the progress made so far and next steps for the necropsy. Given the lack of expert cetacean pathologist in Ghana, Dr. May Li Uy from Senegal, a veterinary doctor with experience in cetacean necropsy joined the Ghana team in-person for the conduct of the necropsy while other expert IWC cetacean pathologists and biologists (Prof. Antonio Jesús Fernández Rodríguez, Prof. Ursula Siebert, Dr. Jesús de la Fuente, Dr. Wim Mullie, Dr. Eva Sierra, among others) participated virtually via zoom for guidance and advice.

The necropsy was carried out from Sunday, April 25, to Thursday, April 29, 2021 at the dissection laboratory of the Department of Anatomy, School of Medical Sciences, UCC under the supervision of Dr. Isaac Okyere of DFAS UCC and Prof. Denis Aheto, the Director of CCM-UCC. Dr. Lawrence of EPA (Western Region) also joined the team at UCC for the necropsy.

The next step is to carry out the laboratory analyses on toxicology, bacteriology, virology, histopathology, DNA analyses, among others. Some in-country laboratories in Ghana have been identified for the conduct of some of the analyses while the team is on the search for laboratories for other analyses. There have been follow-up discussions with the UCC and EPA, IWC and Fisheries Commission on identifying labs for the other analyses and modalities for covering the costs of the analyses.

Further information relevant to the investigation on the stranding such as seismic and sonar information from EPA, Ghana Navy, oceanographic information from UG, etc., will be required to come to a logical conclusion on the investigations. A committee of experts who took samples from the recent whale beaching incident has been constituted by the EPA of Ghana to draft a preliminary report to be released by the EPA as formal communique following the event.

Sigh of hope for ocean life!

Although the end seems far, the steps taken so far present a very unique opportunity for a global understanding on the beaching of marine mammals, which will go a long way to provide the relevant information for protecting these endangered marine species. The incidence of this whale mass stranding and the emergency response by multiple stakeholders within and outside of Ghana demonstrates how collaboration among academia, state actors and civil society can be harnessed to save our oceans. Partnerships, as underscored by Sustainable Development Goal (SDG) 17, are surely a way to sustaining and protecting the ocean, its life and livelihoods. 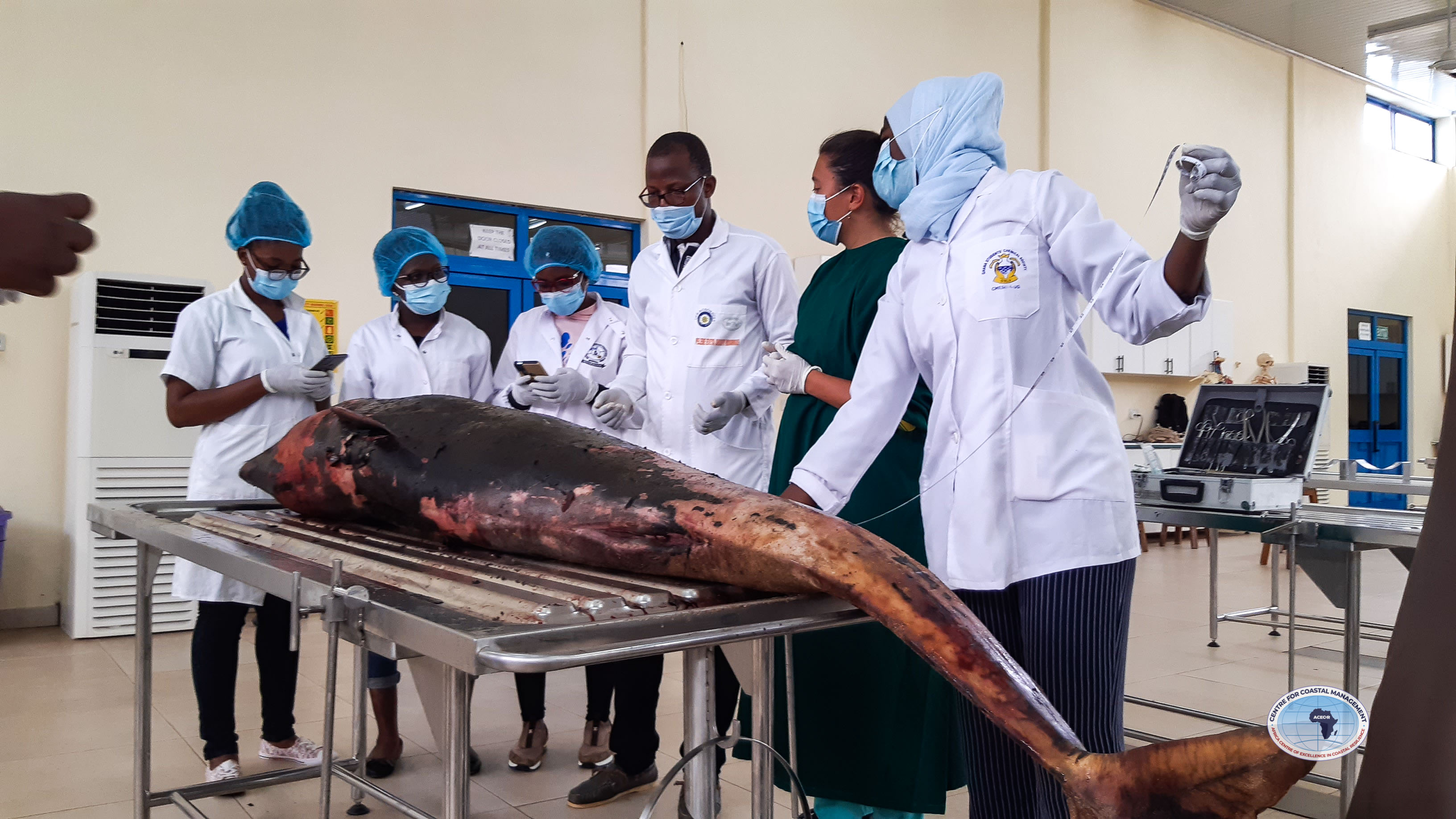 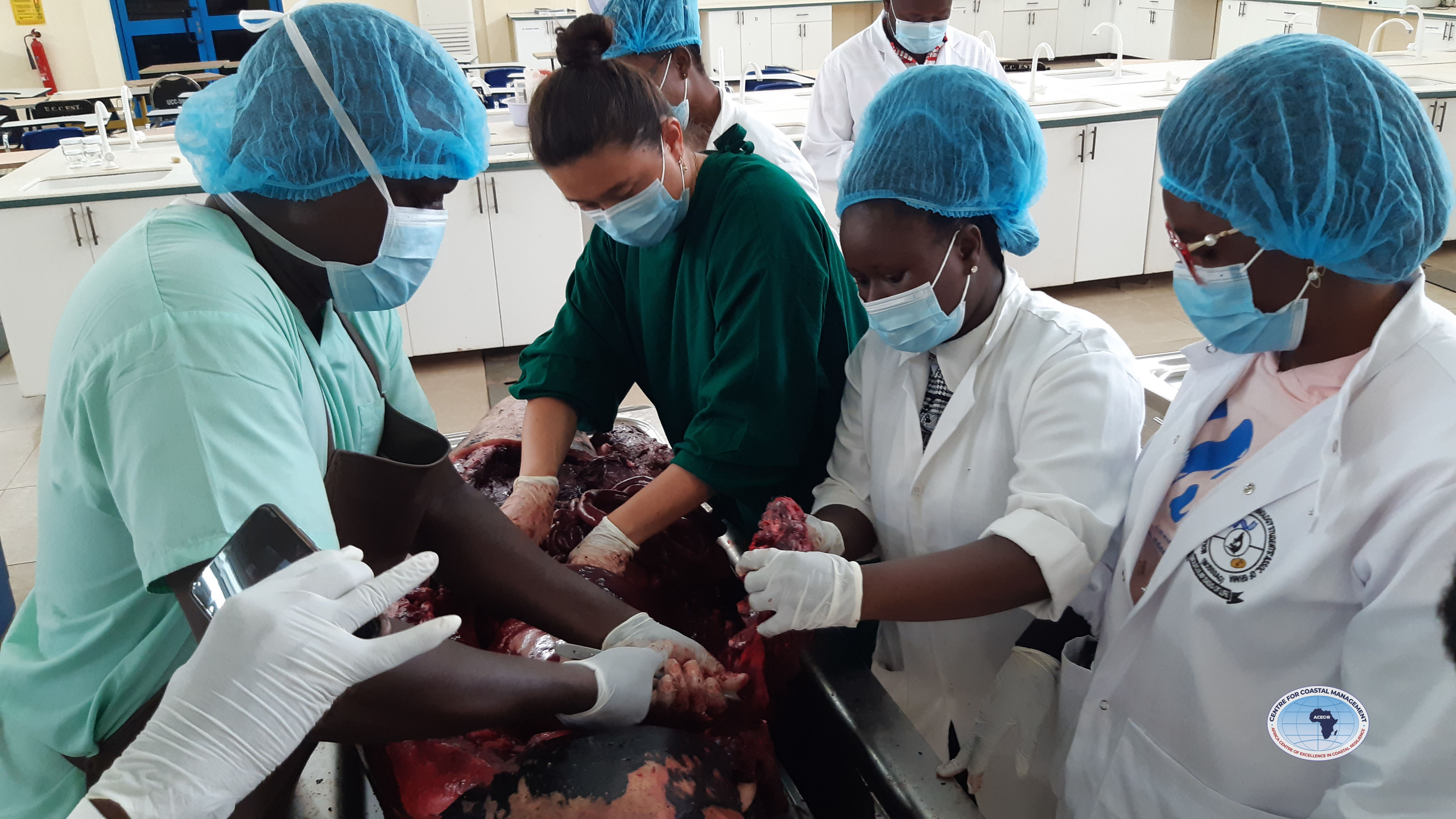 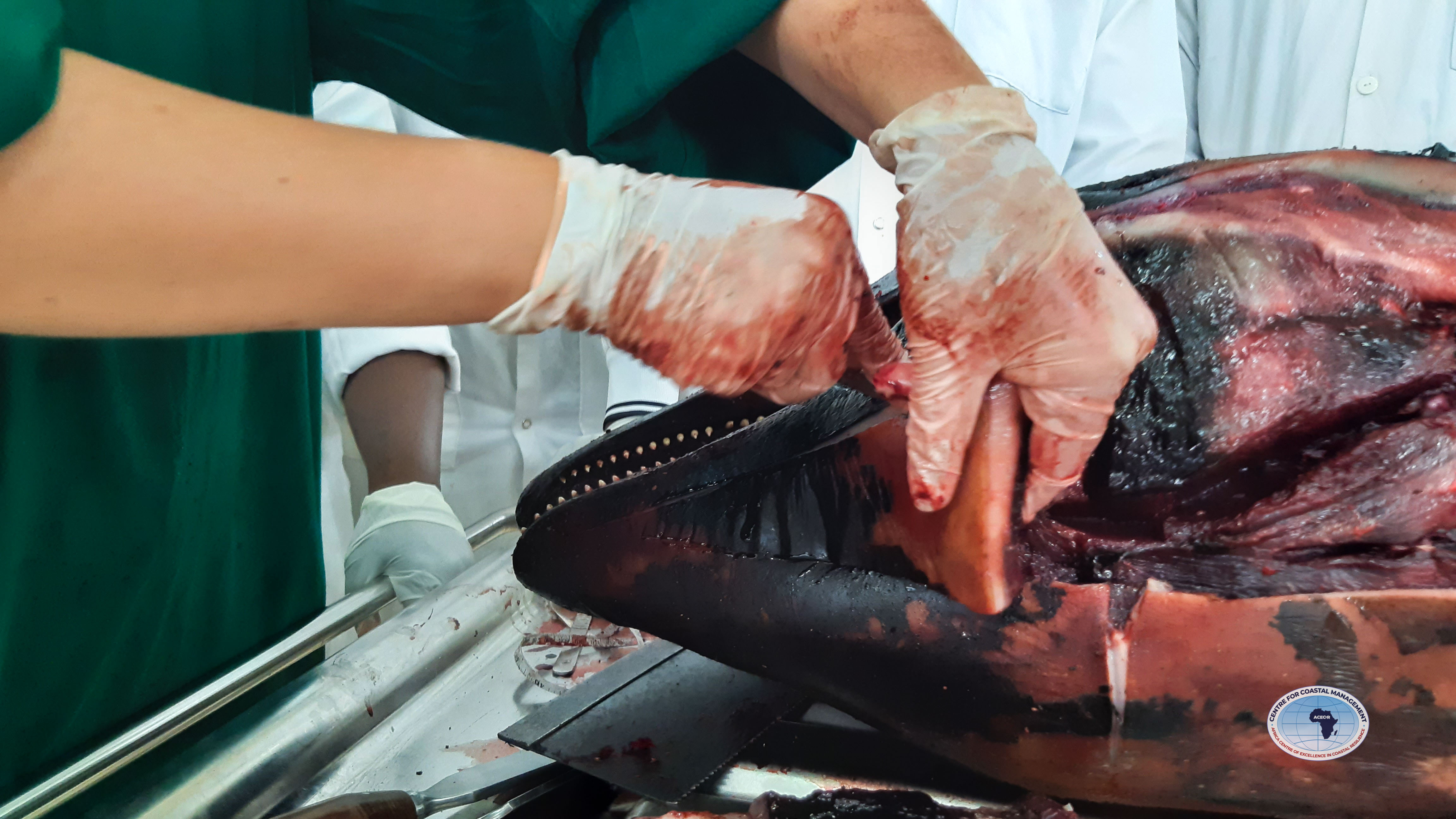 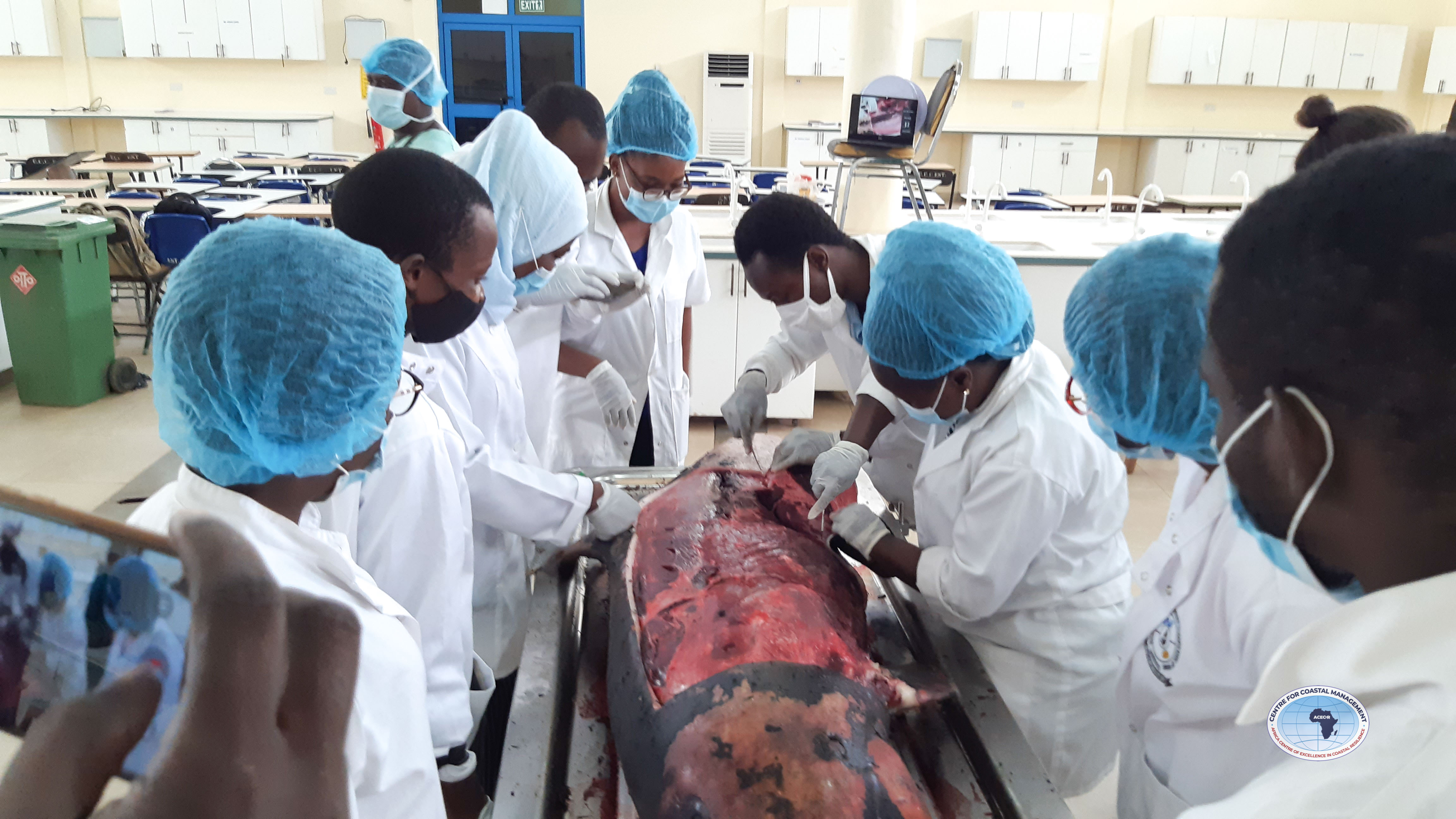 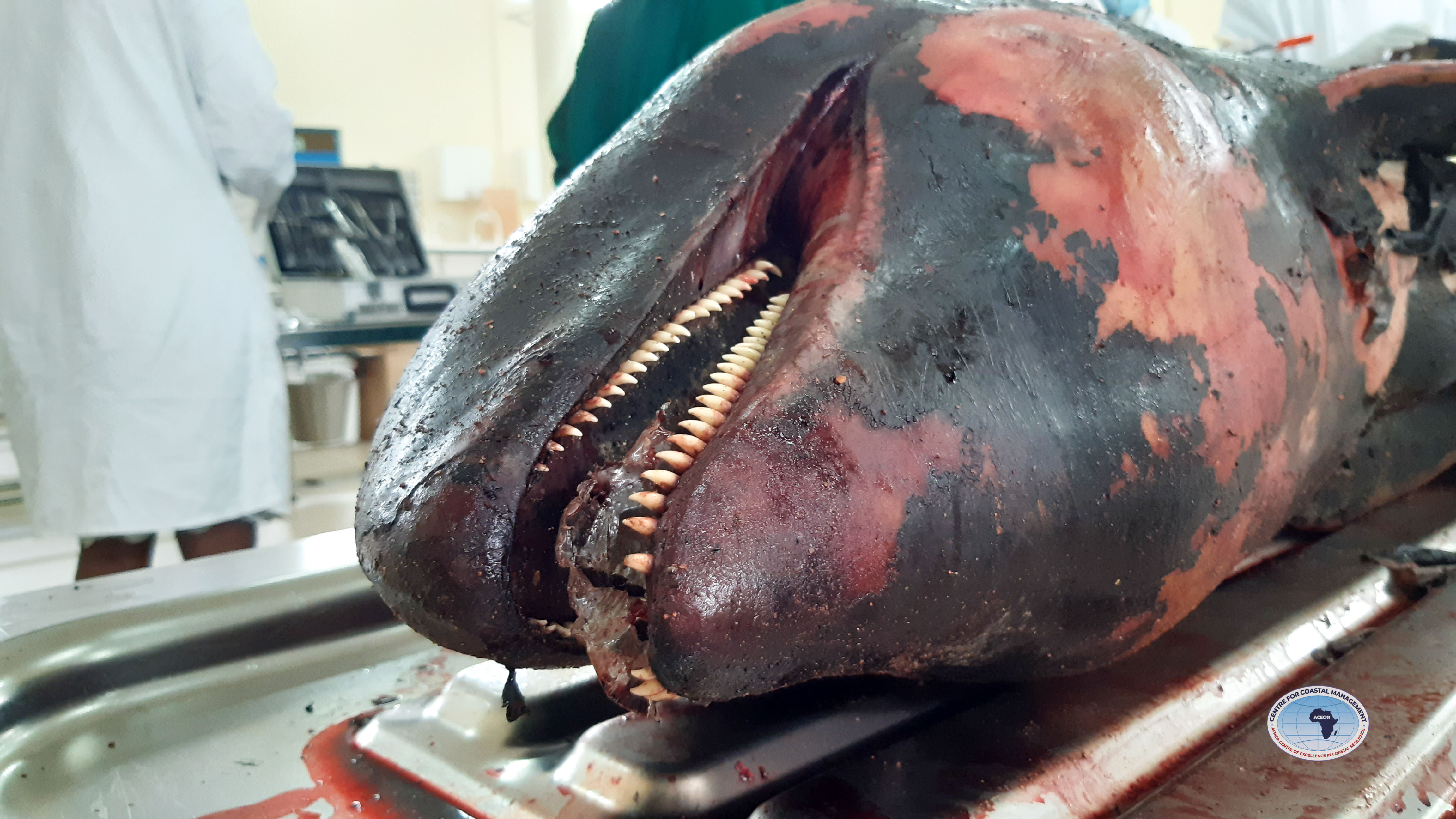